Surrounded by Costa Rica and Honduras, Nicaragua is a good travel destination with its history, friendly locals, beautiful nature, active volcanoes and secluded beaches. Over the last decade, Nicaragua became popular in the surfing world because of the consistency of the waves and the good weather.

Many travelers are wondering whether the country is safe or not. We’ll give you an idea about the dangers of the surf and the general safety in the country. In general, Nicaragua is a safe environment when it comes to surfing. The waves are uncrowded and perfect and empty line-ups can be found. Beginners, intermediates and advanced surfers can score great surf all year-round.

The country has some of the best and nicest beaches in Central America. Amazing beach breaks that are not too big during the year, can be found especially during the dry season (November- April). This period is perfect for beginners and intermediates. 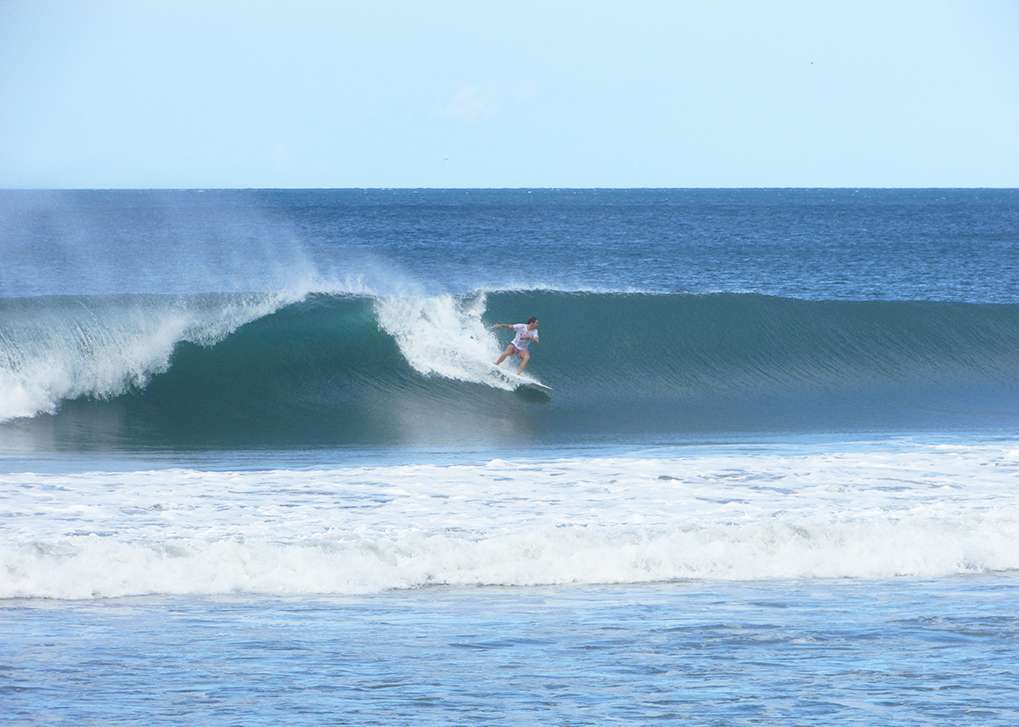 You can also find many intermediate and advanced reef and point breaks, mostly lefts, that are very powerful. The biggest waves are usually made by reef breaks but unfortunately, they are also the most dangerous. It can help to observe the locals and see where and how to paddle out.

Sometimes coastal waters can be dangerous too. Riptides are common in Nicaragua and can be a threat to any surfer. They happen when the water flows out to sea at a very strong rate and it’s almost impossible to swim against. It’s particularly dangerous for beginners and people that have difficulties with swimming. We recommend talking with surf guides at Las Plumerias to give you more information about the right beach breaks for you.

Bull sharks and reef sharks do live in Nicaraguan coastal waters but should be of no worries to surfers. The last attack was recorded in 1960 and it was not fatal. In general, the ecosystems of the Nicaraguan pacific waters are in good shape, so sharks have plenty of other food sources.

Funny Fact: Bull sharks can also seldom be found in the freshwater Lake Nicaragua. There’s a minimal risk to humans however and it seems that the lake’s shark population is declining due to the lack of seasonal rains and habitat destruction. 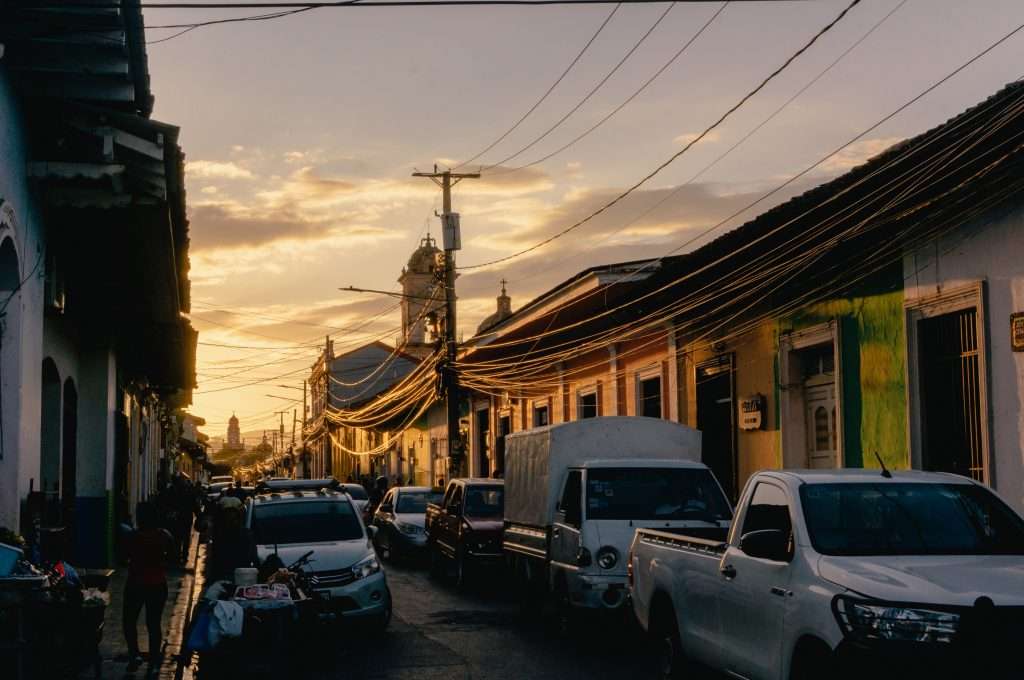 Nicaragua is in general a relatively safe country for tourism and travelers. Violent crimes such as armed robbery and theft do happen in Nicaragua, however, they usually take place in larger cities. Just like in many other developing countries, pickpocketing is common in public urban areas. Ensure that your personal belongings, passport and travel documents are safe at all times should you visit a city. It’s best to carry a photocopy.

Public transport is a hotspot for pickpockets such as markets and bus stations. In general, public transport is cheap but when you’re traveling alone, later in the day or in a group, it’s recommended to take a shuttle. 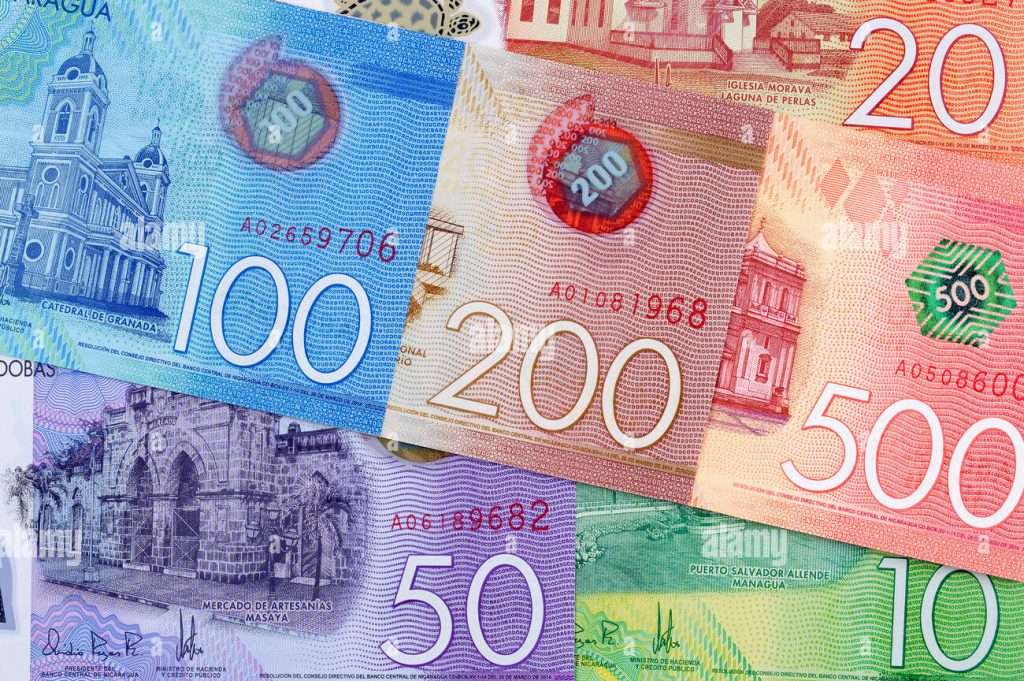 Tips for a hassle-free trip

Don’t carry large amounts of money. It’s best to keep minimal cash with you to avoid being a target on the streets and in buses. Expensive jewelry and clothing can attract a lot of attention so it’s best to avoid wearing it. We recommend staying away from remote locations, especially at night or when you’re alone. During the day it’s safe to walk around in more crowded places.

At surf destinations, local people all know each other and protect what they have. It’s always best to ask locals where to go to be aware of the dangers and the hotspots for an enjoyable trip. 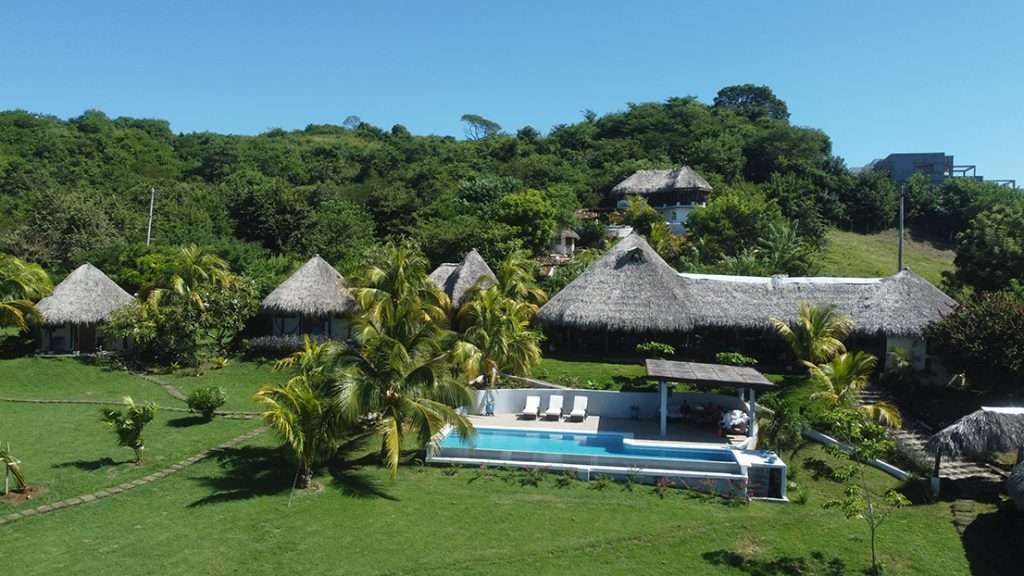 Las Plumerias is surrounded by nature in a completely private location, just a few minutes away from a quiet and deserted beach. You can lock your room with individual keys and you’ll have access to a place to store your valuables. The property is fully gated and guarded with 24-hour security, perimeter cameras, and 3 friendly dogs. Lester and Walmer are our nighttime security. We provide an environmentally friendly, safe, modern, and welcoming place to make your dream surf trip in Nicaragua come true. 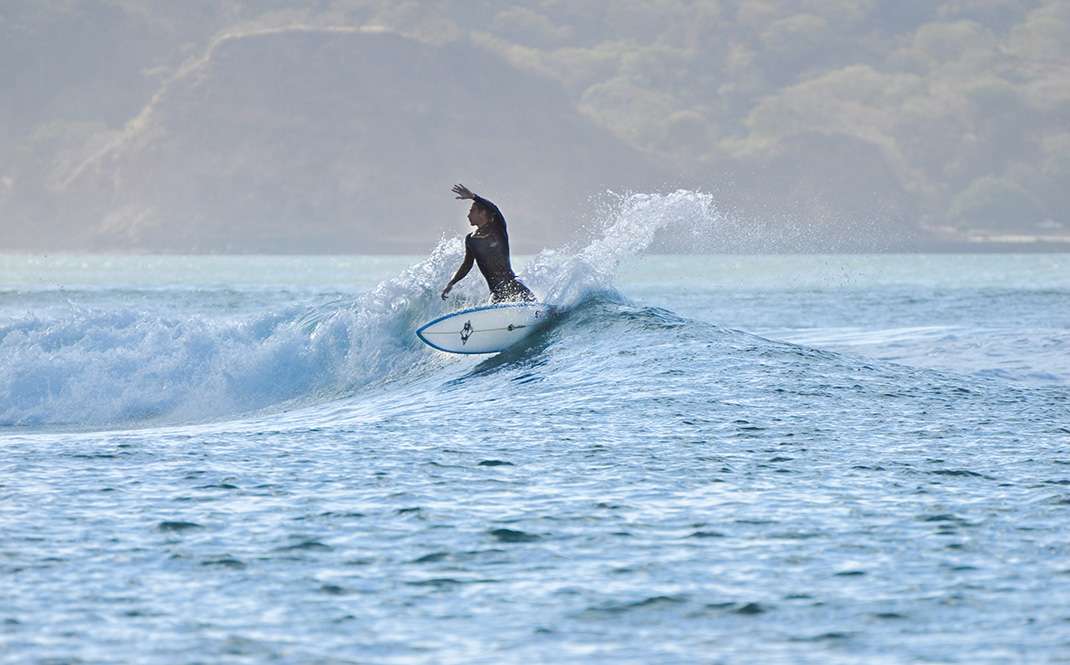 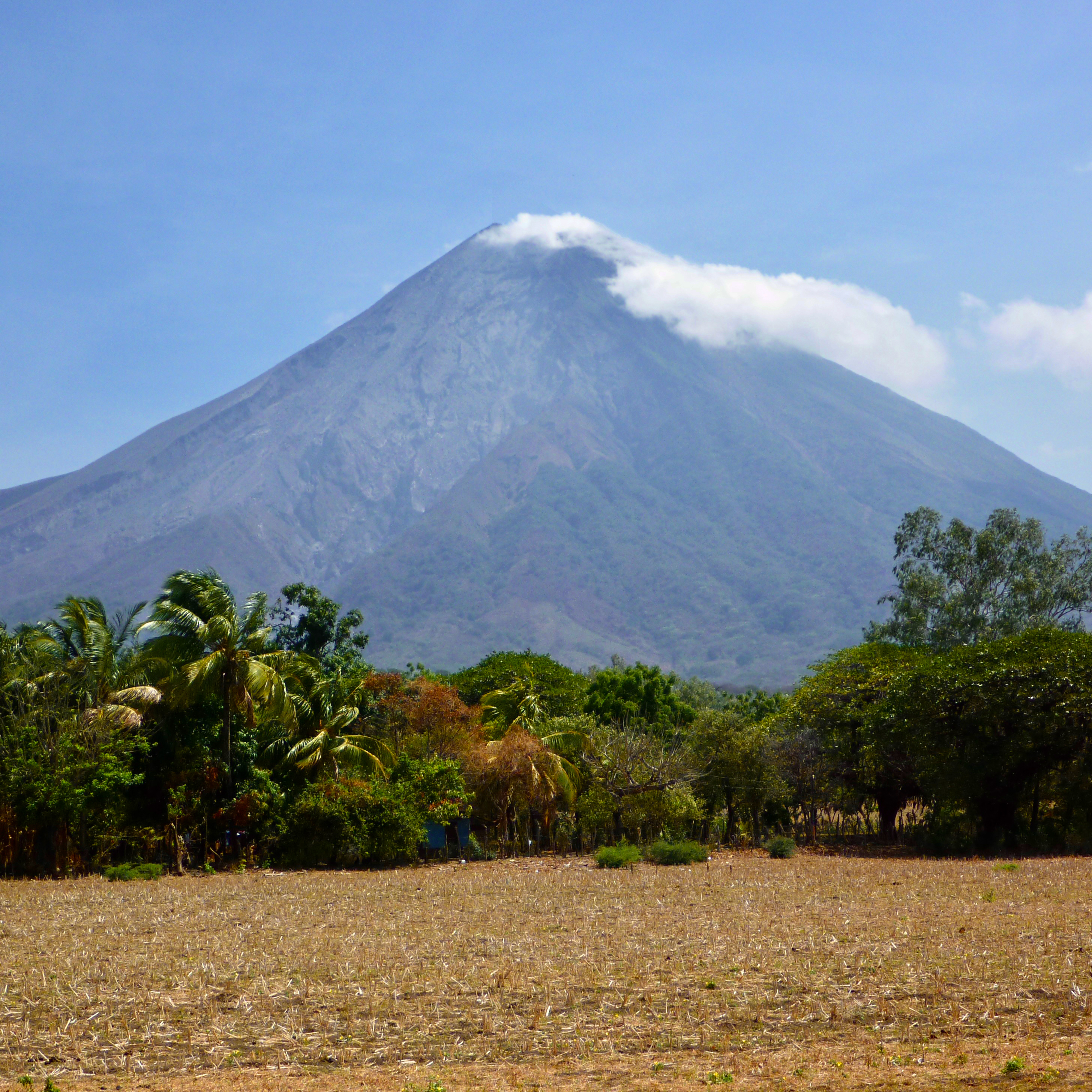 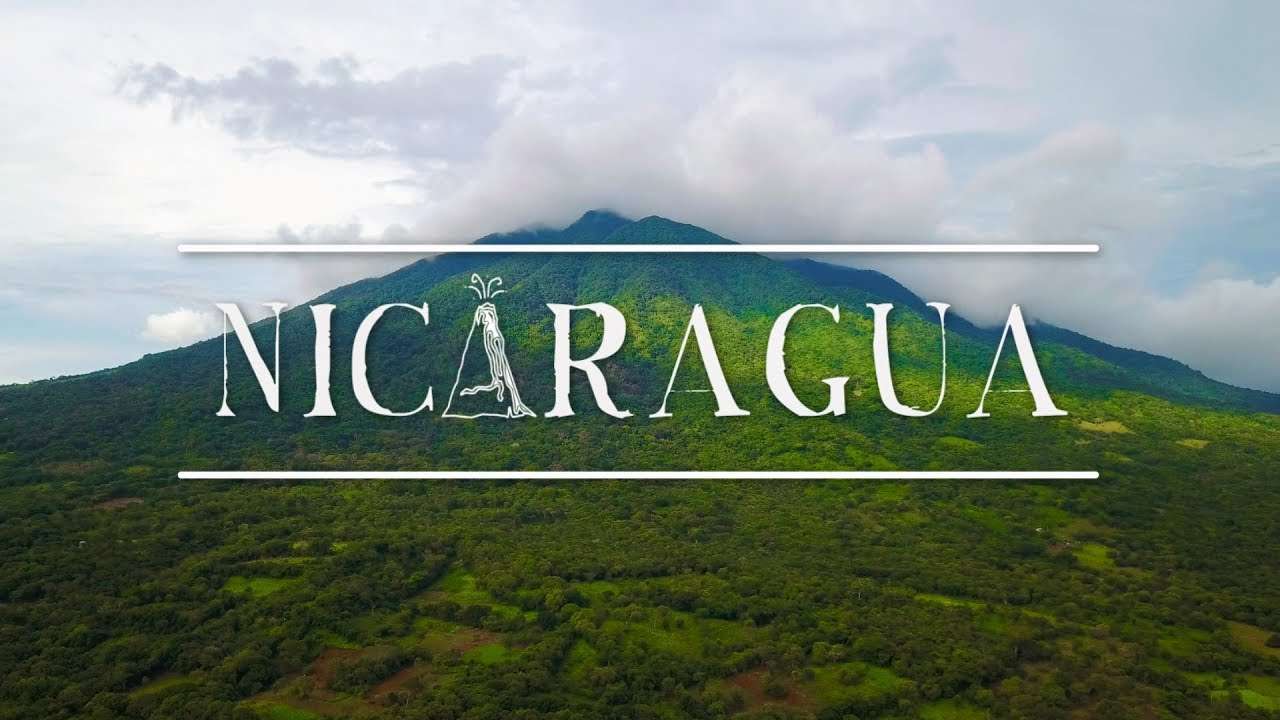 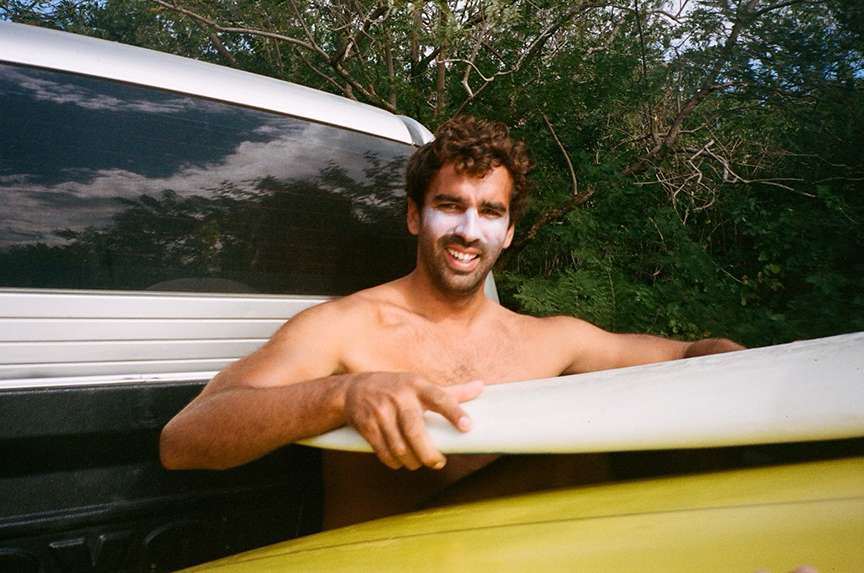